Professor Kim Nasmyth FRS, Whitley Professor of Biochemistry at the University of Oxford and Fellow of Trinity College, Oxford, has been awarded the 2018 Breakthrough Prize in Life Sciences at a ceremony held in the NASA Ames Research Centre in Silicon Valley, California. 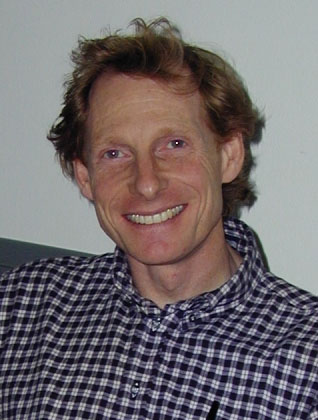 The Life Sciences category recognizes 'transformative advances toward understanding living systems and extending human life.' Winners are chosen by selection committees composed of past laureates, and the recipients are awarded $3 million, making the Breakthrough Prize the richest in international science.

The winner’s citation honours Kim Nasmyth for 'elucidating the sophisticated mechanism that mediates the perilous separation of duplicated chromosomes during cell division and thereby prevents genetic diseases such as cancer.'

Professor Nasmyth joined the Department of Biochemistry at the University of Oxford in 2005. His work on fundamental aspects of cell division has profound implications for our understanding of chromosome activity in human cancer and other genetic diseases. He is a Fellow of the Royal Society, Fellow of the Academy of Medical Sciences, member of the European Molecular Biology Organization and a past recipient of the Louis-Jeantet Prize, Wittgenstein Prize and the Gairdner Foundation International Award. He is also a foreign honorary member of the American Academy of Arts and Sciences and a member of the Austrian Academy of Sciences. Past award citations acknowledge the extent to which he 'has dominated the field of mitotic regulation” with a series of 'incisive discoveries.'

Commenting on the accolade, the Vice-Chancellor of the University of Oxford, Professor Louise Richardson, said: 'I am delighted that the pioneering work of Professor Kim Nasmyth in the field of cell biology has been recognised by the award of the 2017 Breakthrough Science Prize. It is a wonderful achievement and I know that all my colleagues would wish to join me in offering our warmest congratulations.'


Breakthrough Prize laureates are honoured at an annual awards ceremony which is followed by a day-long symposium featuring lectures and discussions. The ceremony, hosted by Academy Award®-winning actor Morgan Freeman, was broadcast internationally on National Geographic channels on Sunday 3 December 2017. Academy Award®-winning filmmaker Ron Howard, actors Mila Kunis, Ashton Kutcher and Kerry Washington, and multi-platinum selling artist and entrepreneur Wiz Khalifa were among those performing or presenting awards alongside the Breakthrough Prize founders and sponsors.